What conditions can medical cannabis be used for?

Patients using medical marijuana have reported improvements in a very wide spectrum of health disorders. The most common reasons why patients would like to try medical cannabis are to alleviate their symptoms of physical pain or psychological suffering. Pain syndromes that might be improved by cannabis include back pain, fibromyalgia, pelvic pain, and osteoarthritis. Mental health issues that might be helped by cannabis use include depression, social anxiety, or post-traumatic stress disorder. This is not an exhaustive list, so all kinds of health enquiries are welcome.

Since when is marijuana a medicine?

Cannabis sativa is both a very old and a very new medicine.  Its’ use in non-Western medicine is ancient; we find this plant recommended in the medicinal texts of ancient India and China. The Scythians and ancient Greeks were aware of the plant. It was well documented in the writings of medieval Islamic physicians and is still one of the fifty fundamental herbs Traditional Chinese Medicine.

In Europe and North America, cannabis has a younger history. A close cousin of medical cannabis, called Cannabis ruderalis or hemp, was widely cultivated for its durable fibres used in rope and rough textiles all through Europe. Textile hemp retains some traces of the active chemical compounds that are found in more concentrated form in Cannabis sativa. Knowledge of the medicinal qualities of cannabis was at least partially preserved, as shown by the continued popularity of recreational hemp-smoking in the 18thcentury Netherlands, and early 20thcentury patent medicines such as Maltos-Cannabis, a health drink marketed in Denmark and Norway.

Physicians like William O’Shaughnessy in Ireland and Jaques-Joseph Moreau in France, both of whom lived in mid-19thcentury, were pioneers of medical marijuana research. They made early studies documenting the usefulness of cannabis in treating muscle spasms, rheumatic disorders, depression and migraines. However, the political pressures that resulted in the banning of marijuana in the 1920s and 30s, put a halt on any kind of research into its’ potential use as medicine. In the US it was labeled a Schedule 1 drug with no medicinal use and anyone who dared to study its’ use risked jail time. In Canada the story has been similar until very recently.

It has taken decades of sustained activism by patients to turn the back the tide of cannabis prohibition.  Respect needs to be given to the returning veterans, the HIV patients, the cancer patients, and so many more people who peacefully fought for their right to medicate themselves with a naturally occurring plant. We would not be able to access cannabis as a medicine today without their struggle. I am thankful to them for making it possible to research this plant openly again.

Cannabis sativa, popularly called marijuana, is an annual herbaceous plant that originally grew in central Asia. However, humans have cultivated it for several thousand years and it now grows all over the world. Its’ main active molecules are tetrahydrocannabinol (THC) and cannabidiol (CBD).  THC has a marked psychoactive effect. For most people it feels like euphoria or “getting high”. CBD has more directly medical uses; it acts as an anti-inflammatory and neuromodulator without producing euphoria. This makes CBD a good choice for patients who wish to avoid the high associated with marijuana use.

Most of the THC and CBD used in medical cannabis products are derived from Cannabis sativa plants. However, there are some forms of medical cannabinoids that are entirely synthetic and made in a laboratory. Examples of these synthetic cannabinoids include the drugs dronabinol and nabilone. These can be useful for patients who want a more traditional, standardized medication.

Did you know that your body makes its’ own cannabinoid molecules? You have receptors on the surface of the cells all over your body that are specifically keyed for chemical messages relayed by THC and CBD.  They’re part of the endocannabinoid system that helps to regulate our nervous and immune systems.

Is there evidence that cannabis is effective?

Physicians in Canada are encouraged to practice evidence-based medicine. This means only prescribing medications that have been proven effective in randomized control trials. These trials are observations on a given medication to see if the medicine itself can make patients healthier, or if it is just patients’ own perception that the medicine helps; the so-called “placebo effect”.

There are a few reasons why such large trials are hard to conduct on medical cannabis. For one thing, big trials cost a lot of money, and a natural product like cannabis can’t be patented, so no one company stands to make money by proving that cannabis works. Another issue is that standard drugs are based on a single molecule. Cannabis isn’t just one molecule; it’s a plant product containing hundreds of different molecules that work in concert together. If you want hard evidence based on randomized control trials, then the evidence for marijuana’s efficacy is limited to neuropathic pain, chemotherapy-related nausea and vomiting, and muscle spasticity in multiple sclerosis.

However, real people do not behave like standardized research patients. If cannabis produces a documentable improvement in how you feel and how you function, then it’s effective for you whether medical science has caught up to that fact or not.

However, compared with other drugs that are widely available such as alcohol, anti-inflammatories and opioid narcotics, cannabis is very safe. It is virtually impossible to overdose fatally on cannabis, unlike any of the above-mentioned drugs. Other side effects of cannabis use, such as dry mouth, tiredness, overeating, or nausea can be mitigated by altering the dose or method of  cannbis delivery.

Do I have to smoke it?

No, and I wouldn’t recommend that you do, for health reasons. Inhaling anything that’s burning is hard on the lungs and heart. Cannabis might be smoked for aesthetic, recreational or cultural reasons, but there are equally effective and much healthier ways to take a medication.

What are some ways that cannabis can be used medically?

Cannabis oil can be taken as a capsule that looks the same as a regular pill. It can also be used a tincture (that’s a liquid placed by dropper on the tongue), a patch, or a spray under the tongue. When cannabis is used internally in this way it has a longer, more even effect. The drawbacks can be that it can take longer to obtain relief from the medication and it can take longer for the effect to wear off.

When a more immediate form of symptom relief is needed, vaporization makes a great alternative to smoking. A vaporizer is a small piece of equipment with an element that will heat cannabis herb or extract up to the exact temperature where the desired molecules turn into vapor, but the other bits of resin or plant matter stay unburned. This helps to minimize the risks associated with inhaling cannabis, though it can’t eliminate them completely.

For patients who are looking for relief from muscle and joint pain with no psychoactive “high” effect, the best choice is topical cannabidiol  (CBD) cream. CBD will not effect your thinking or judgment. CBD creams can be applied directly to the skin over the affected area; a sore shoulder for example, or the lower back. In this way, the medication can be delivered right to the area that needs it, without strongly affecting the rest of the body.

There are even more ways that cannabis can be used as medicine, but one of the above options will likely be effective for most patients.

How can I arrange a visit with Dr. Kelly?

You can arrange your own consultation with Dr. Kelly by calling our receptionist at (226) 661-0130. Plan to book an hour for your first visit; half an hour to become aquainted with our clinic, and half an hour with the doctor.

Your family physician should be part of this conversation too. Ask your doctor to refer you to our clinic by fax at (226) 661-2131. This makes it easier to keep them in the loop about the progress you’re making.

I really hope that you will find your visit to be friendly and informative. I look forward to meeting new patients.

What can we help you find 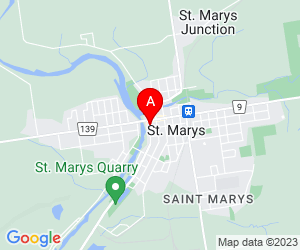